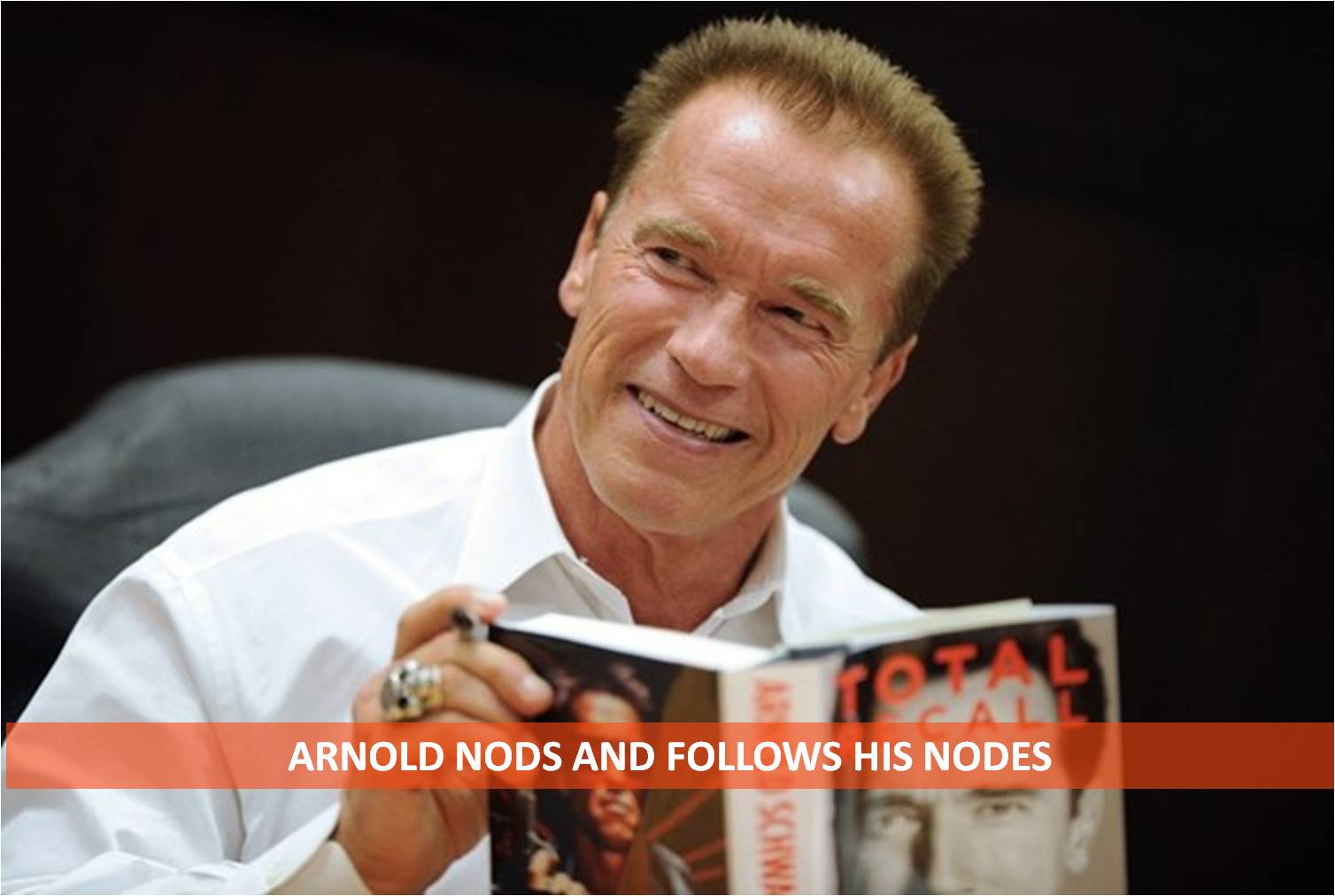 Arnold Schwarzenegger is a man who skyrocketed from his small village in Austria to world fame. He started being a bodybuilding aficionado as a teenager and soon found himself an immigrant to California, building his body in Gold’s Gym and building brick walls also in Venice beach to sustain a living. He went on, to winning five times the Mr. Universe title and seven Mr. Olympia titles before retiring to dedicate himself to acting. He became an action hero, Terminator, a renowned Hollywood star and the 38th governor of the very town where he previously built walls with his brick sized biceps.

Arnold is an extremely active person, a member in numerous athletic and political organizations, supporter and founder of different charitable initiatives, he has been the honored guest in athletic and bodybuilding events throughout the world, was a spokesperson for Special Olympics where he still serves as a coach and International Torch-bearer.

Mr. Terminator supports promotion of physical education through various after school programs, he is a great environmental activist and founder of “R20 Regions of Climate Action” organization that aims to promote sustainable low carbon economy. He is an entrepreneur and maybe his most difficult achievement is that he managed to be married with Maria Shriver into the Kennedy’s family. 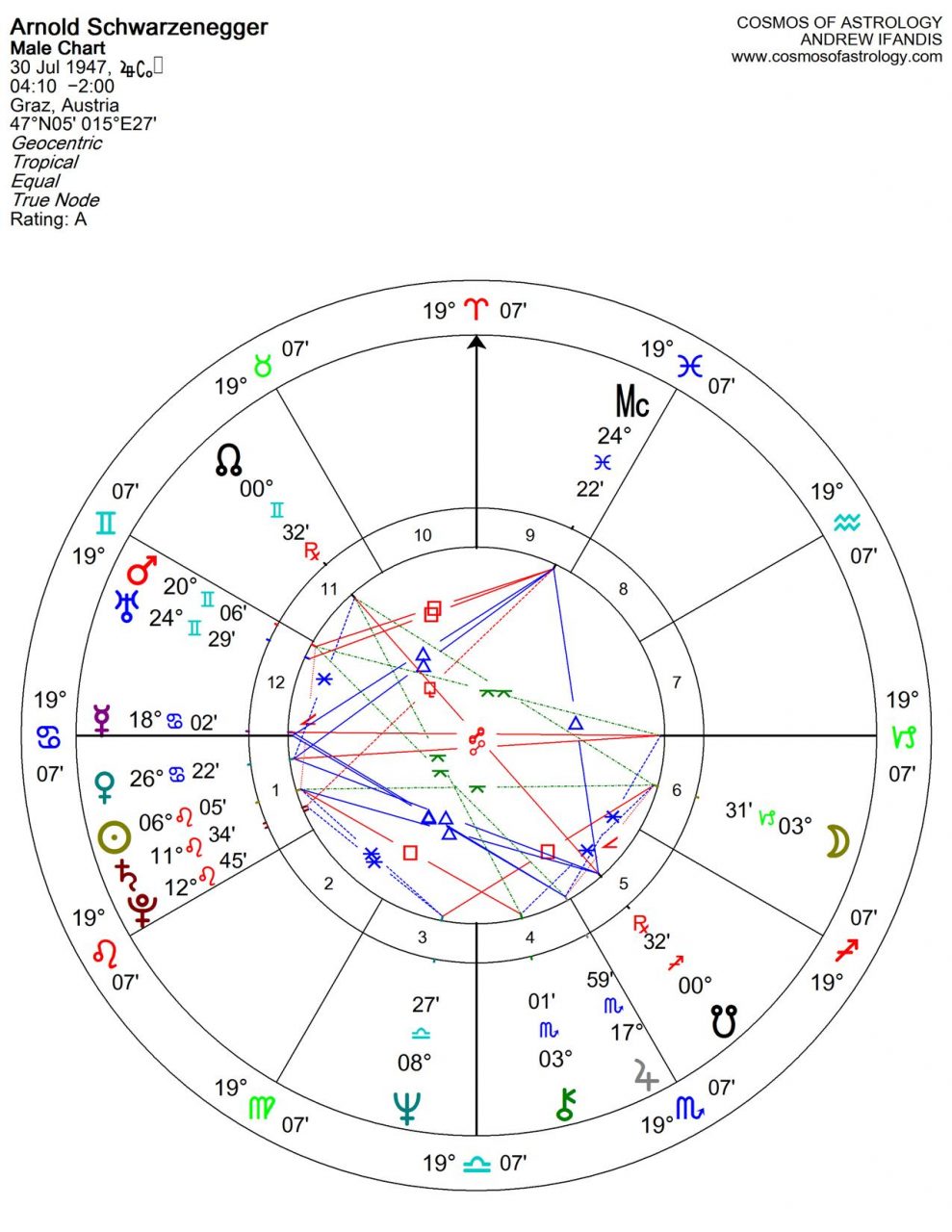 What do the Νodes say about this man’s uplift through the social ladder?

Arnold has marvelously succeeded to advance from his South Node in Sagittarius, where he had a larger than life optimistic personality, in the mirror-looking and triumphing ego creative 5th house, where his pleasure, chosen hobby and profession of bodybuilding is, and matured gradually as a person into the North Node in the 11th house, where he cultivated an enormous network of friends  groups and supporters, until finally he became a global communicator, member to numerous organizations and groups, politician and activist, spokesman and charity person all 11th house and Gemini activities.

He seems to have perfectly integrated and balanced his nodal axis energies. He has fulfilled his soul purpose from the initial serving of the more egotistical South Node, where his talent was undoubtedly was, to a more fulfilling serving that relates to other people and the collective, by communicating and spreading ideas, working out his North Node.

To simply put it in his own words: “In the beginning I was selfish. It was all about, “How do I build Arnold? How can I win the most Mr. Universe and Mr. Olympic contests? How can I get into the movies and get into business?” I was thinking about myself . . . As I’ve grown up, got older, maybe wiser, I think your life is judged not by how much you have taken but by how much you give back.”

That nodal lift that Arnold has achieved so masterfully is the reason why he is not only famous, not only admired but more importantly he was and still remains an inspiration to many people.

If we ourselves, understand our own unique path along our nodal axis and then work upon it, and let me assure you that proper Astrological Consultation and natal analysis is surely a great tool that can help us to realizing this path, we can also achieve our potential.

Be inspired by Arnold Schwarzenegger, be inspired by Astrology! Lift the barbell, let astrology coach you and start working out towards self-discovery and fulfillment.

He is a Man that said “I’LL BE BACK!”, but what he did is that he climbed upwards along the ever growing Nodal axis of his chart.