1 YEAR BEFORE IT HAPPENS!

A Man to Admire

Arnold Schwarzenegger is a man to admire.

He has ethos (moral codes) and he has shown it on numerous occasions throughout the years.

He has always been an extremely active person, never stopping to work towards his goals, whether they were the body-building championships, his acting career, the promotion of the athletics ideal or creating awareness on environmental issues.

He is a member in numerous athletic and political organizations and the supporter and founder of various charitable initiatives. Mr. Schwarzenegger has also created various after school programs to supports promotion of physical education.

More importantly he acts as a spokesperson for Special Olympics, where he still serves as a coach and International Torch-bearer. Recently he has defended Paralympic athletes on the occasion of a rude comment on Facebook where in the athletes have been called “retarded”.

"As evil and stupid as this comment is, I'm not going to delete it or ban you (yet) because it's a teachable moment.

"You have two possible paths ahead. Right now, I guarantee you that these athletes have more courage, compassion, brains and skill - actually more of every positive human quality than you.

"So take their path - you could learn from them, and try to challenge yourself, to give back, to add something to the world. Or you can stay on your path, and keep being a sad pitiful jealous Internet troll who adds nothing to the world but mocks anyone who does out of small-minded jealousy.

"I know that all you really want is attention, so let me be clear. If you choose to keep going this way, no one will ever remember you."

Arnold continues his commitment to promote the Olympic Idea and athletics in all forms. His environmental awareness has made him an environmental activist and founder of “R20 Regions of Climate Action” organization that aims to promote sustainable low carbon economy. He has addressed the Climate Change and Global Warming problem in many public speeches.

A few days ago the news went out that Arnold Schwarzenegger had an open heart surgery on March the 29th, at a Los Angeles hospital, to have his heart valve replaced. Eventually everything went swell and the operation was successful.

According to his spokesman, Schwarzenegger was soon in stable condition, reportedly waking up with the words "I'm back," in a nod to his famous Terminator character.

You can read about it here. 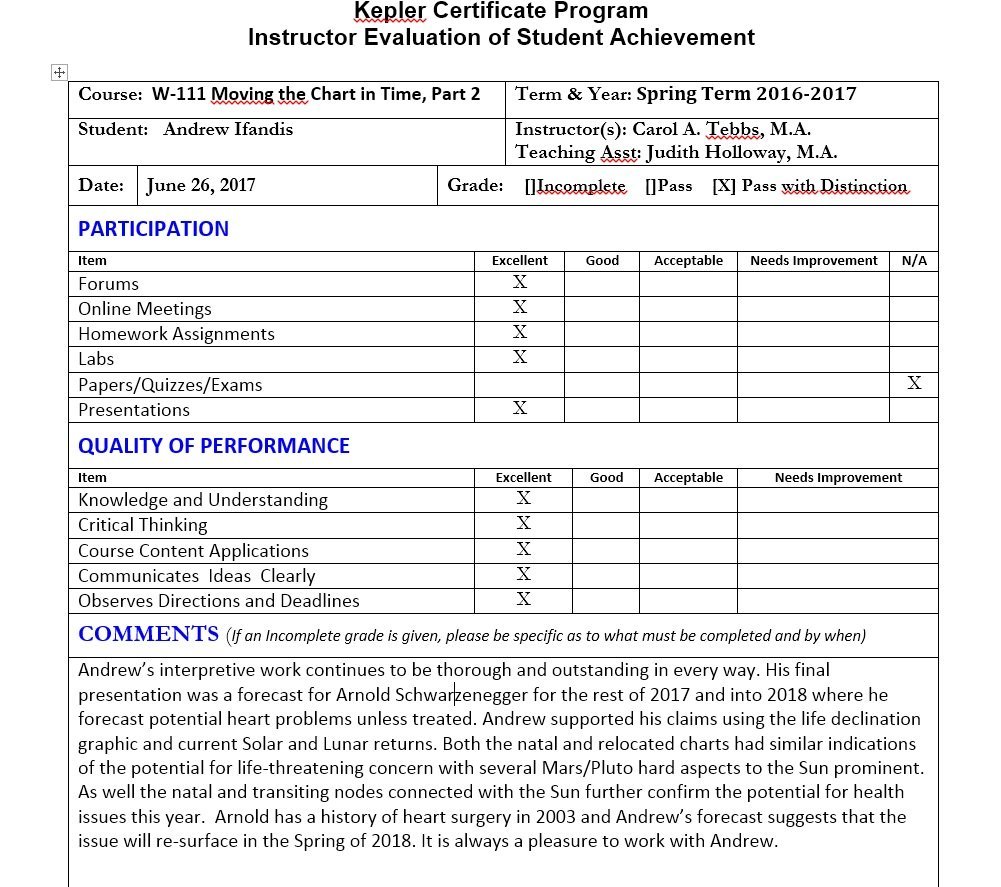 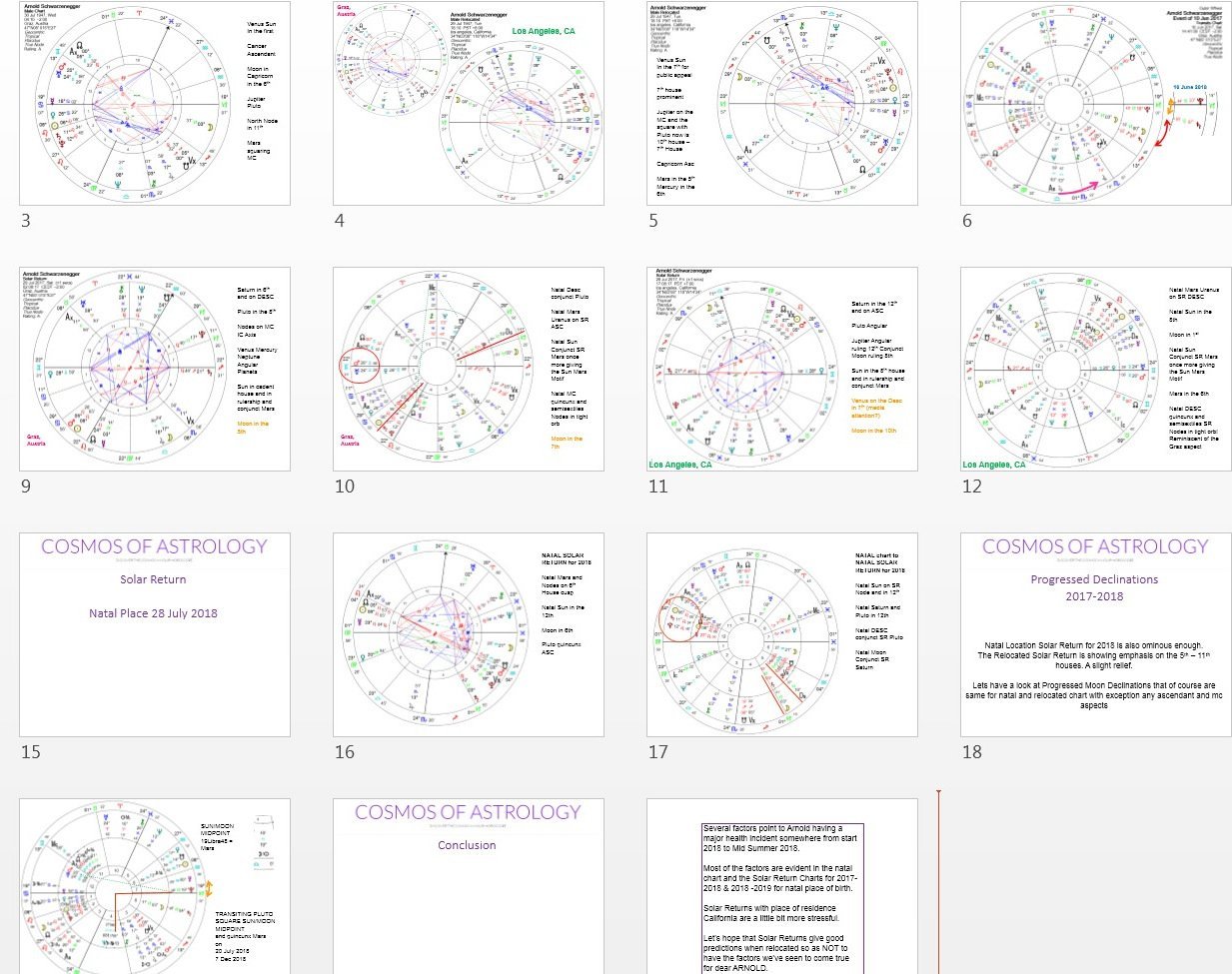 My admiration for the man is so great that on June 2017, when I was having my final exam on astrological predictions in Kepler College of Astrological Studies in Washington, I chose to study his natal chart, that is publicly available on www.astro.com.

I applied Transits and Solar Returns on both the natal chart and the relocated chart of Arnold Schwarzenegger, in order to formulate a forecast of what is to happen for the year ahead. In my presentation and to my sadness, I have suggested that a heart surgery is possible for Spring 2018 which, as proved, came to be absolutely true!

The assessment evaluation made on June 26, 2017, shows the comments of my respected instructors and esteemed astrologers, on the forecasting presentation. It reads:

“Andrew’s interpretive work continues to be thorough and outstanding in every way. His final presentation was a forecast for Arnold Schwarzenegger for the rest of 2017 and into 2018 where he forecast potential heart problems unless treated. Andrew supported his claims using the life declination graphic and current Solar and Lunar returns. Both the natal and relocated charts had similar indications of the potential for life-threatening concern with several Mars/Pluto hard aspects to the Sun prominent. As well the natal and transiting nodes connected with the Sun further confirm the potential for health issues this year.  Arnold has a history of heart surgery in 2003 and Andrew’s forecast suggests that the issue will re-surface in the Spring of 2018.”

Today, reading the news, I am glad for this difficult prediction that shows that Astrology can be an astonishingly precise tool when used skillfully, but I am more glad because Mr. Olympia has successfully recovered and is in good spirits!