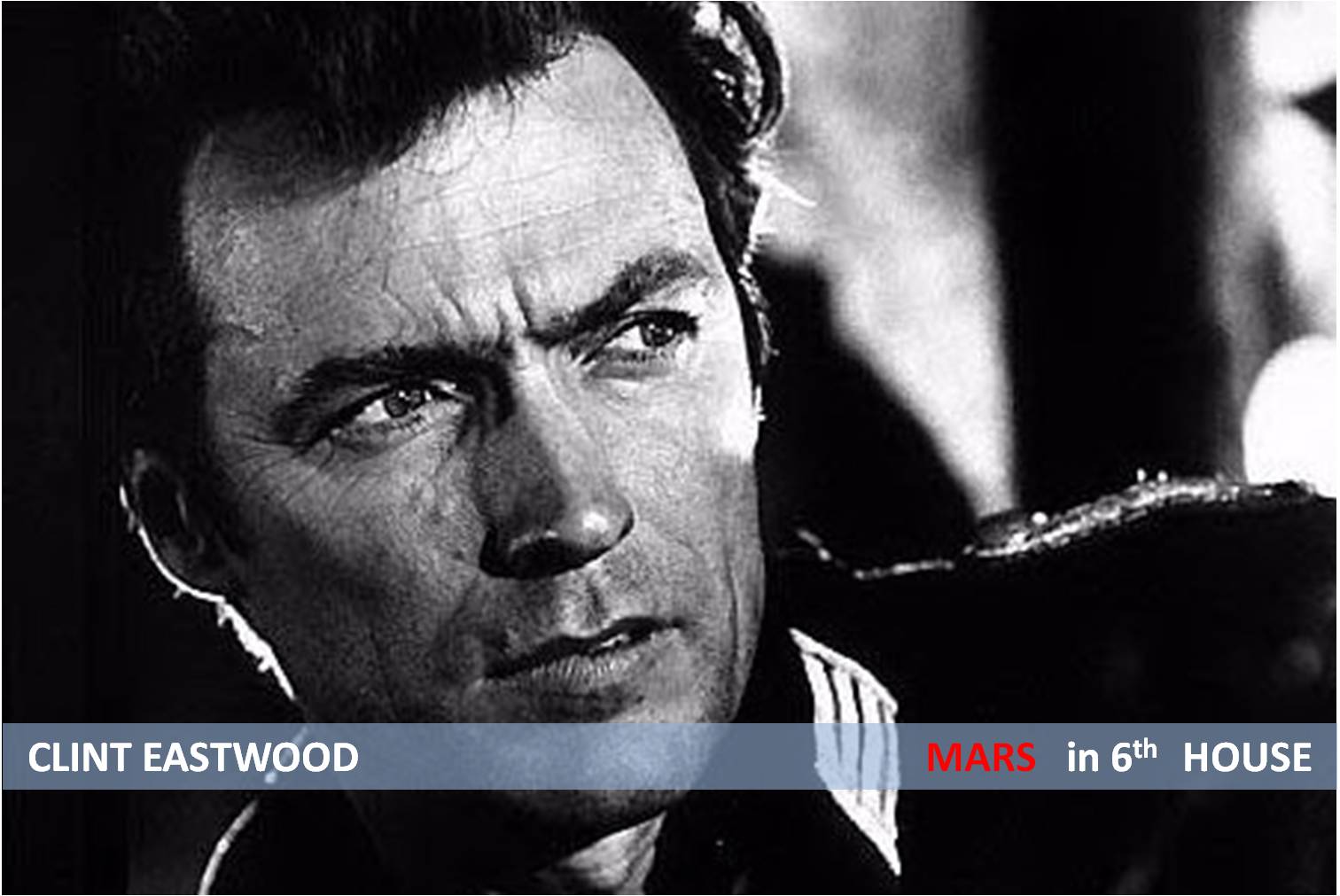 The 6th house relates to health and work and in Clint Eastwood’s chart this house is greatly emphasized. Having Mars, the planet of stamina and physicality in the 6th House, placed in its house of joy, and being in Aries, the sign of Mars rulership, the placement is very strong and the planet becomes fully expressed.

In Aries, a sign that is associated with energy and vitality, Mars becomes the driving force behind his work, is expressed with athletic and healthy conscious actions, and is recharged with energizing vigor. Clint Eastwood, having an Aries in the 6th house that wants to be in charge of health matters, is a fitness aficionado since a teenager, and practices healthful eating and daily Transcendental Meditation.

He has played numerous demanding physical roles, climbing in «The Eiger Sanction», running upon rooftops in «Dirty Harry» or jogging alongside the president’s limo in «In the Line of Fire». His physical stamina at 76 is still extraordinary, as it was in 1951, when forced to swim 3 miles to safety after a plane he was boarding crashed into the sea.

Active and prolific in his work, he is a director famous for disliking to take many takes of the same shot when filming, and stays with the first one or two.  A sign of his 6th house Sign’s impatience and decisiveness.

In this iconic photo from the movie "Where Eagles Dare", Clint Eastwood plays a commando who has parachute dropped high in the Alps, to secretly raid a castle and save a General. This high octane role is so characteristic of his highly dignified Mars, a planet that really cries out from his chart:

"Whatever the problem is, Clint Eastwood is gonna fix it".