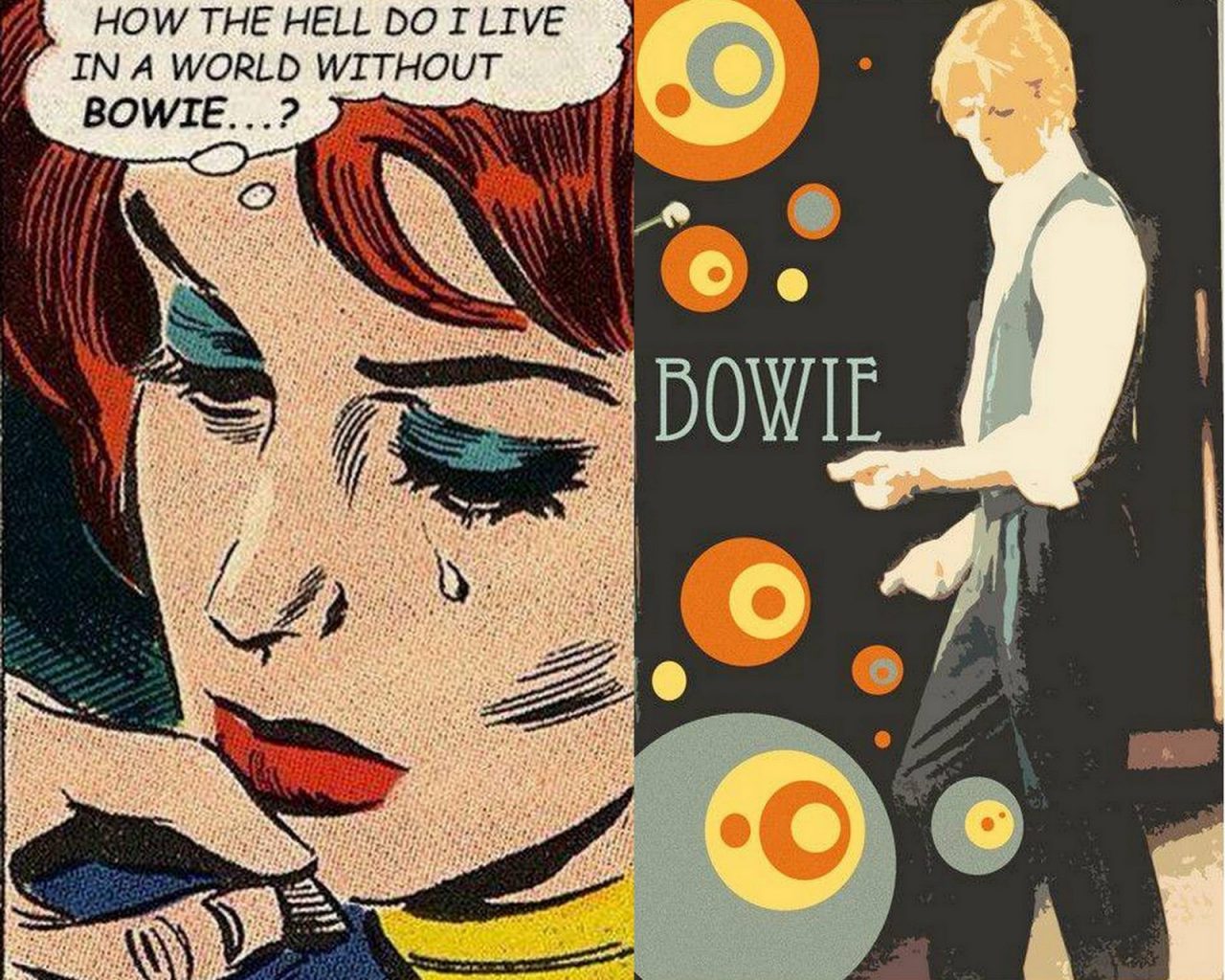 David Bowie as a case study for Declination Aspects

1. Declination aspects that emphasize the same two planets in Ptolemaic aspect by longitude

The Moon – Pluto conjunction in Leo and in
the public 7th house is reinforced by the Moon Pluto parallel in north declination giving a strong emphasis on the fact that David Bowie’s has had a powerful need to express his emotional self in a theatrical and performing manner and that the whole process was indeed deeply transformative for him, changing moods and personas reinventing himself again and again.

The Sun – Mars conjunction in Capricorn and in the 12th house is reinforced by the parallel in south declination between Sun and Mars. This emphasizes his ambition that fuelled his ceaseless work and more than this his fighting spirit, so very obvious in the last year of his life when he found the courage to record his last album from within the hospitalized 12th house knowing that he was dying of cancer.

Sun parallel Mars and near the maximum south declination is an aspect indicative of his defiant spirit, the one seen in the film “Merry Christmas Mr Lawrence”

Moon parallel Pluto parallel Uranus is a triple stellium that shows deep constant emotional changes that could be argued to be reflective of his various personas.

Please note that it is of extreme interest that the above declinations are:

It seems that Mr Bowie has found a perfect way to balance these two different aspects of his personality. 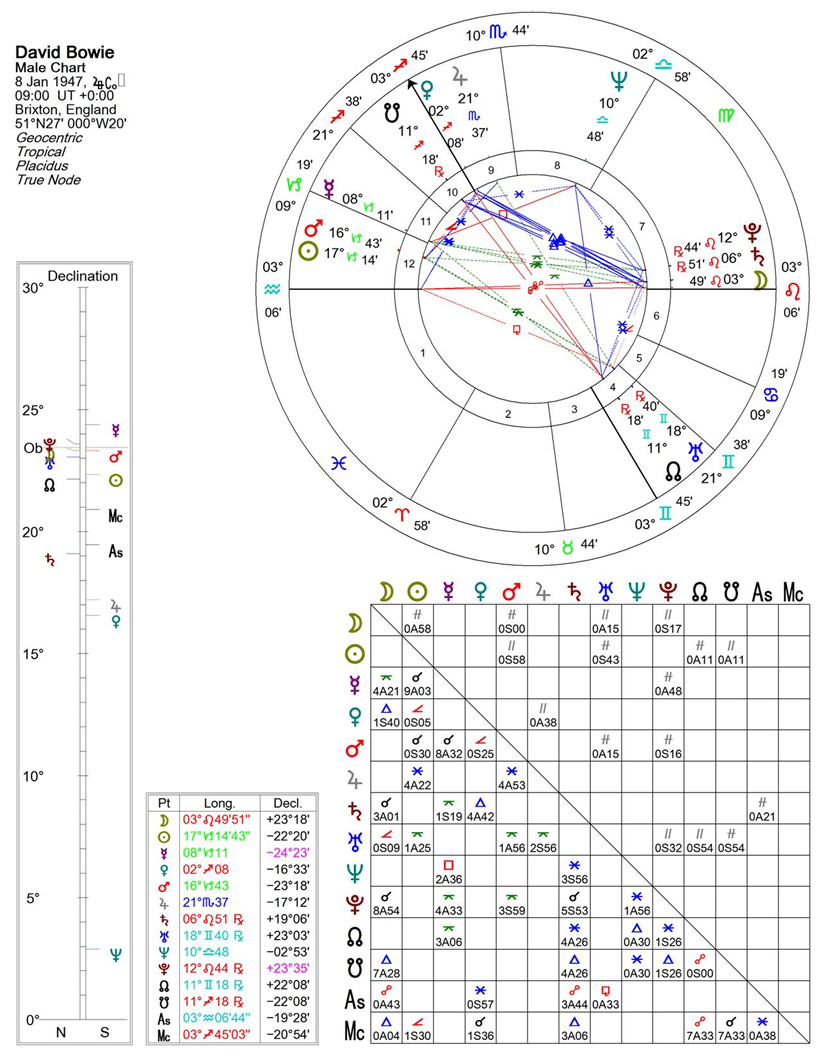 Sun parallel south node and contra parallel the north node is a strong indication for his destined status but the aspect is not found in the natal chart. It is nevertheless interesting that it is found in declinations.

Jupiter parallel Venus in south declinations could be indicative of his charismatic appeal but the two planets are not in aspect in longitude.