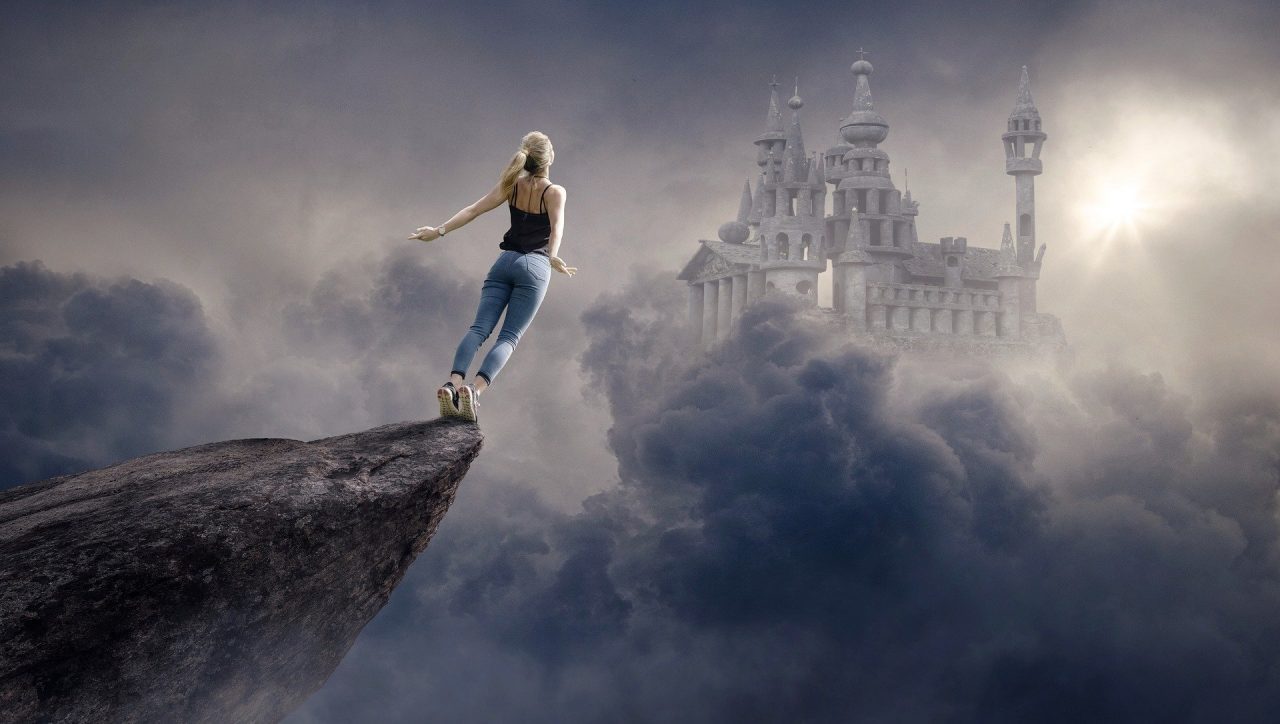 The Full Moon takes place at 09° 38’ of the Sign of Scorpio. It strongly affects Scorpio, Taurus, Leo, and Aquarius Signs, which are born near the end of the 1st decan or near the start of the 2nd decan, as well as those having personal planets or their Ascendant near the degrees 7°- 11° of the Fixed cross.

Since the Aries New Moon two weeks ago, the moon has traveled half its cycle. Sign by Sign, it moved into the Sign of Scorpio and now shines, late at night, reflecting the light from the Sun that is in the Sign of Taurus.

This reflection is a culmination. It reflects a turning point in a process that started with the New Moon in Aries, a process that awakened us and placed us at the center of developments.

The previous New Moon was the impulse that pushed us, and now the Full Moon in Scorpio is our emotional response to a need that is deeply ingrained in the fabric of our soul.  The need for a meaningful connection that transforms. It is us desiring rebirth.

All full moons in Scorpio awake a desire for transformation, but with this Full Moon the need is intense and we can now make the difference.

Now we tip the scales. With this Full Moon in Scorpio the shift is made and everything is set in motion.

There are three strong astrological indicators that give to this particular Full Moon a fated or as I more prefer to call it, evolutionary nature.

Moon from within the 9°38’ degrees of Scorpio opposes the Sun in Taurus and at the same time, both lights are in a square aspect to the Lunar Nodes at 10°30’ degrees of the Leo – Aquarius axis. This is the current eclipses’ axis and actually, if one checks, this Full Moon is not only squaring the nodes but it is also square the total Lunar Eclipse of January the 31st.

This cosmic coincidence connects the Lunar Eclipse with this Full Moon and means that emotional issues manifested right after the January eclipse, things that have been brewing under the surface all this time, have now reached a critical point. We can no longer balance between material stability (Taurus) and emotional security (Scorpio). Now it is the time that the balance shifts towards the one or the other, marking the beginning of a new period in our life.

Saturn is retrograde and, from the 9th degree of Capricorn, is forming a tight trine – sextile aspect to the Full Moon in Scorpio.

This second factor gives this Full Moon a serious nature. Saturn, the great teacher, gives us an opportunity to not only discipline the intense emotions of this Full Moon but also eases the manifestation of our will and the achievement of personal goals.

What Saturn does is that it makes a reality out of the tension represented by this full moon and with its retrograde movement, a Karmic feeling to what is being unfolding for us, is emphasized once more. 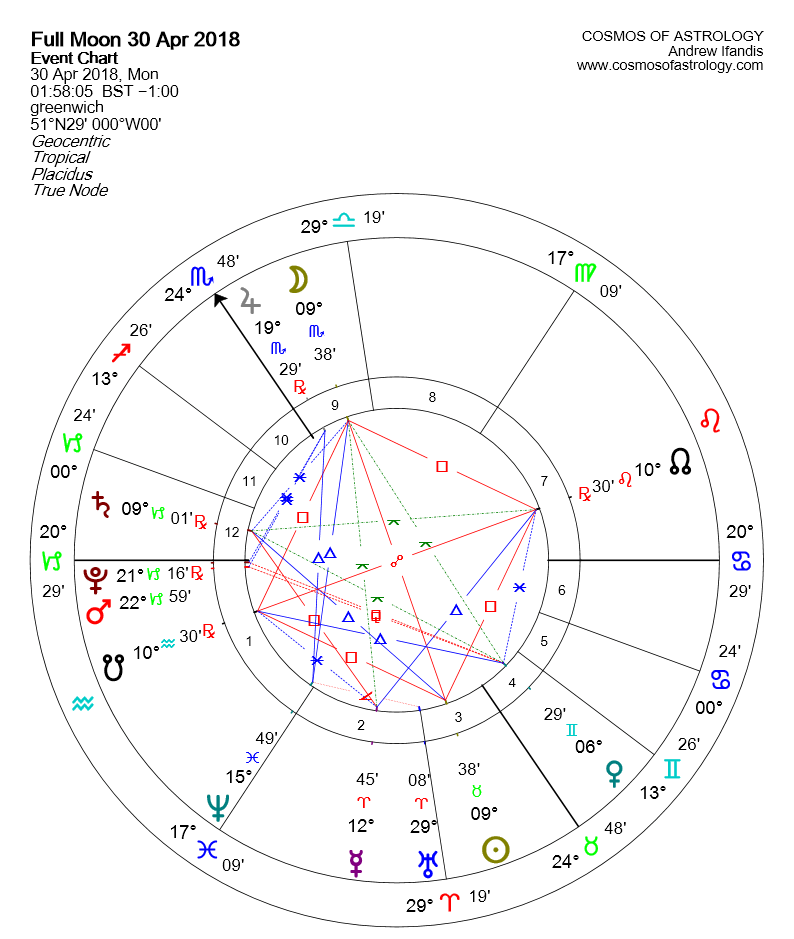 The third astrological factor that denotes development, is the Trapeze aspect pattern that is formed on the chart of this Full Moon.

This is a combined aspect pattern formed by two Learning Triangles, each one in opposite direction to the other. The Trapeze has at its corners, Saturn, the Moon, the North Node, and Mercury.

This trapeze pattern, in its remarkable combination of multiple aspects, suggests a sequence of cyclical learning processes that result in personal development.

All these suggest one thing.

We cannot escape the unavoidable culmination and the making of important decisions.

The fact that between the two lights, the Moon is the one that forms the most aspects means that it is what we feel that will eventually make all the difference under this Scorpionic Full Moon.

It is our emotions that will set the motion and under this perspective it is fortunate that the Moon conjuncts Jupiter and is making a trine aspect to Neptune, because we are inspired.

We intuitively trust that after some initial unrest something good will turn out.

This Full Moon in Scorpio is a critical time especially for those having personal planets close to the 9th degree of the fixed cross. Depending on the houses where it falls on our personal chart it may mean:

One thing is sure…however it may affect us, this is a Full Moon that will be strongly felt.

Find out where the Full Moon falls in your chart

and learn how it affects you personally.