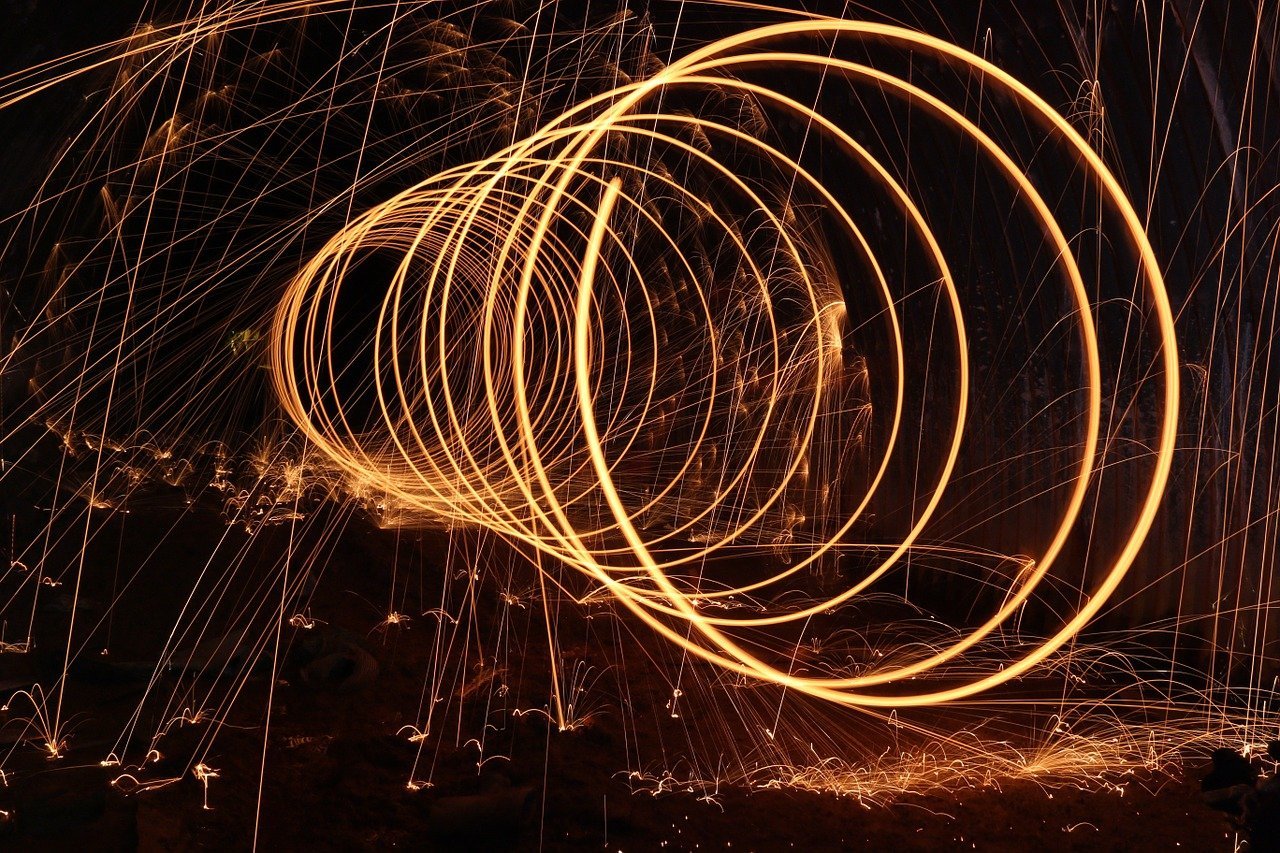 This particular eclipse is especially important for those who belong to the Signs of the Cardinal Cross (Aries, Cancer, Libra and Capricorn), and who are born between July 15 – July 19, October 16 – October 20, January 12 – January 16, and April 12 – April 16.

Also to those having personal planets or their Ascendant near the 22° – 26° degrees of these Signs.

We are now deep into the eclipse season.

This is a period of significance.

It is not the end of the world. Never will it be.

The Lunar Eclipse in Capricorn on July the 16th is not the most difficult eclipse. On the contrary, it has some aspects that are good and it may work very positive on an individual level for some of the Signs.  – Read Part II

But though not the most difficult, it is nevertheless a VERY DIFFICULT eclipse.

The eclipse at a mundane level

In the mundane expression of this eclipse now begins the lifting of the heavy burden and the upcoming overturn. Now is the upsetting.

There is a cosmic relation between this lunar eclipse and the lunar eclipse that is coming on January the 10th of 2020. Two days before the conjunction of the heavy artillery of planet Saturn and planet Pluto on 22°46’ of Capricorn.

Do you get the picture?

The conjunction is at 22°, and the two eclipses are, the first one two degrees ahead, and the latter, two degrees before.

22° is sandwiched between the two eclipses with heavy metal music playing on the 20° and 24°.

But it is not this only…

There is also an emphasis on the 20th degree, relating to last July’s eclipse on the 13th of the month that took place on 20°41’ of Cancer and…

…and Mercury, that is retrograde during this eclipse, will station direct exactly on 24° of Cancer also. (23°56’ to be precise).

This is not only a cosmic “sandwich” upon the 22° degrees of the Cardinal Signs but also a heavy bombardment of energy both on 20° and 24°degrees, starting with this eclipse and ending on January 2020.

On a mundane level we are now entering a period where the traditional structures and the global power dynamics are shifting irrevocably. 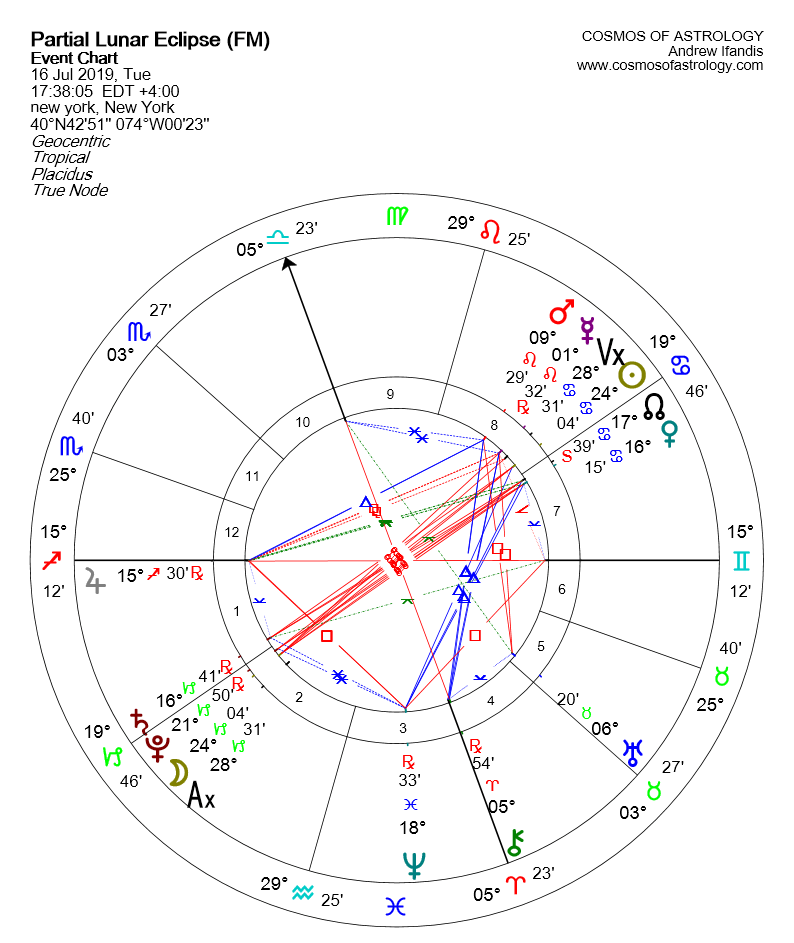 The Cancer – Capricorn nodal axis of the eclipses and the Saturn – Pluto conjunction, redefine and reshape the extent to which less powered nations will accept the pressure of globalization and corporations.

Boundaries will reshape. Nationalism versus Globalism. Distribution of power will be challenged. Development will be framed because unchecked, it is consuming the planet.

To nurture and care (Cancer) for the many will become a paramount request. People over profits, (Pluto in Capricorn).

How power is exerted (Capricorn) in relation to issues of homeland, nationality and tradition (Cancer) becomes important.

These are the warring elements at the end of the Saturn – Pluto synodic cycle. This is how the world chess game will play out with all the pressure on the central 22° degree.

Will the centre hold?

“The center cannot hold” as the great poet W.B. Yeats would have said, under this spiraling gyre of the eclipses and the synodic cycles.

I warned you I would be symbolic, haven’t I?

The Lunar Eclipse will be fully visible from nearly all countries in the world, with the exception of United States, Canada and North-Eastern Russia.

Continue on here to see how this eclipse will affect you on an individual level.

COSMOS OF ASTROLOGY MOVED TO AN UPGRADED HOSTING PACKAGE

Cosmos of Astrology site has been upgraded and is now giving you quality astrology combined with speed!

Dear readers, this is costly, therefore Cosmos needs your help to continue to provide for you, not only the best content, but also a smooth and fast reading experience. Not there yet.

Please make a donation to actively support and show your appreciation! Thank you.