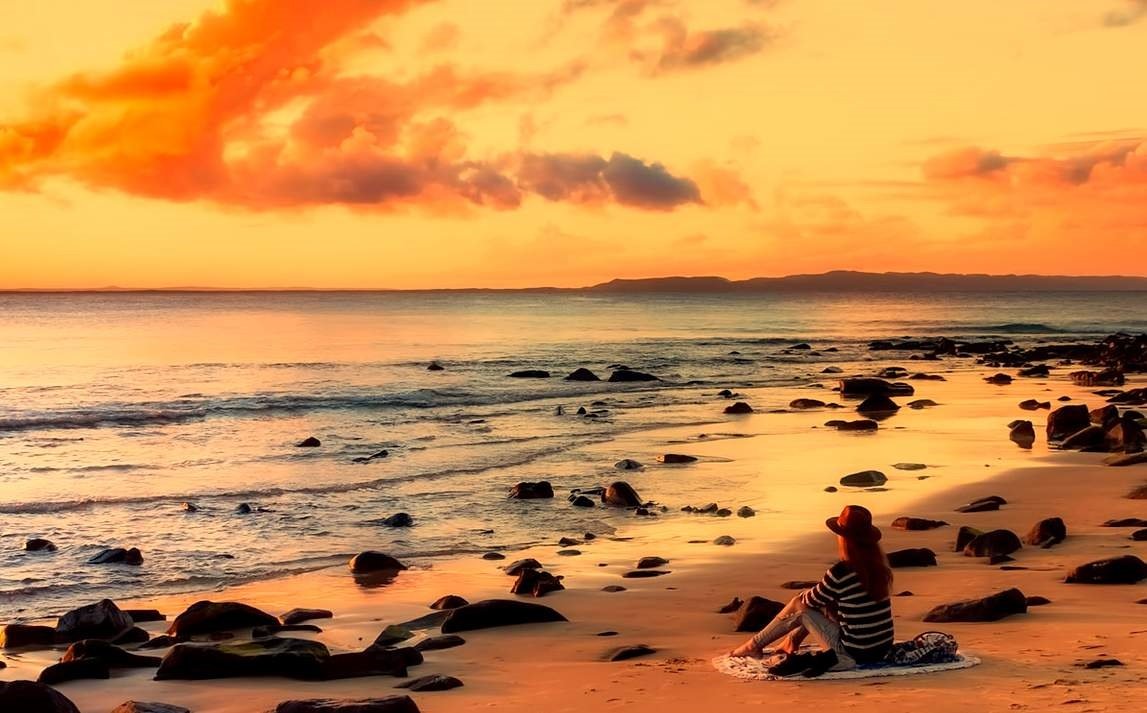 The Lunar Eclipse of July 27th is the second of the three eclipses of this summer’s eclipse season. It occurs in the Sign of Aquarius and succeeds the Solar Eclipse in Cancer while it is to be followed by yet another Solar Eclipse in Leo.

In a sense, this eclipse raises the volume of the already loud Solar Eclipse in Cancer and becomes our emotional response to the events that have started to manifest. Under this Full Moon that is eclipsed, emotions are very, very tense.

An example that can demonstrate how this eclipse may work, if seen as a pair with the Solar Eclipse in Cancer, is:

Awareness of crisis in friendships or at home (triggered by the Solar Eclipse of July), heightens to overreaction and emotional outbursts that eventually affect our relations.

This lasts until at least the upcoming solar eclipse in Leo when we may find the courtly demeanour to talk things over.

The Lunar Eclipse of 27th of July takes place in Aquarius and the Moon, when is in this Sign, becomes detached and less emotional.

Combine these qualities with this particular eclipse’s conjunction of the Moon with the volatile Mars that is also in Aquarius, and unpredictability and tactless behaviour is something we cannot easily avoid.

With Aquarius Moon we may not be emotional in the sense of displaying passion or drama, but beware because under this eclipse, Aquarian cold-hearted and fixed emotional responses may prove more dangerous than the drama of a Fire Sign or the pathos of a Water Sign, and result in the breaking up of relationships and friendships.

I wrote some lines above that this second in a row eclipse, raises the volume.

One day before this Lunar Eclipse in Aquarius, Mercury has turned retrograde in Leo, adding one more retrograde planet in the mix. This means that misunderstandings that evolve drama may appear.

So either misunderstandings and drama or detached emotional coldness that may cut us off from important others. Are these really our only options?

The landscape is rocky

This Lunar Eclipse is characterized, unfortunately, by two very difficult astrological factors, since Mars retrograde is involved with the two Lights and a T-Square pattern is formed between Uranus, Mars and the eclipse.

Mars has being retrograde during the last month. The tension has reached a critical point. If we have done our homework and have wisely assessed what is worth fighting for, then a healthy outlet for the Mars explosive energy may be found. 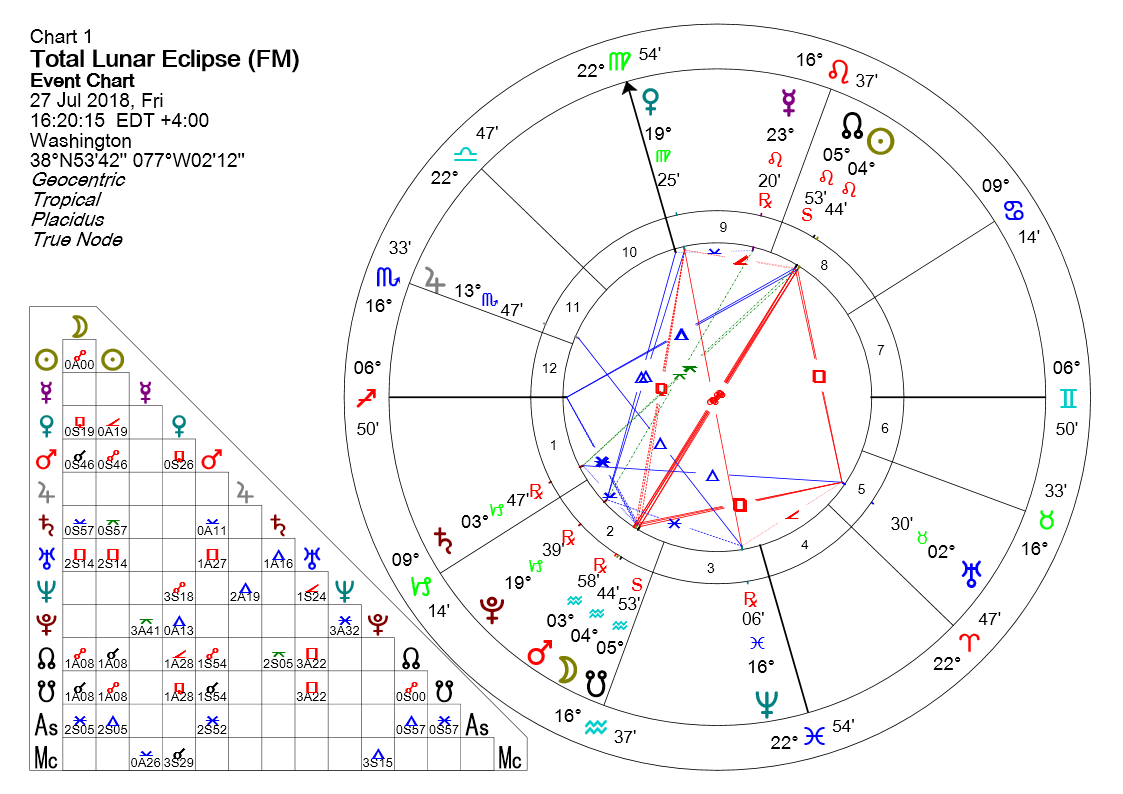 Mars Invictus – The Mars effect is strong in this eclipse

Take a look at the sky on the night of the eclipse. A little below the Moon you will see a glowing orange-red dot, that is Mars.

The planet is very close to the Earth as this is one of the closest Mars perihelic oppositions, with Mars brightness “around the time Earth sweeps between Mars and the sun outshining Jupiter by some 1.8 times”.

The exact opposition of Mars with the Sun occurs on July 27th  and coincides with the eclipse. Astrologically this means that the planet is already retrograde and that on the very day of the eclipse its energy will be felt more strongly, since it will be the most close to the Earth.

Mars is in the Sign of Aquarius, so any inner tension that is building may very well relate to how we assert our individuality. Mars is also conjunct the South Node, so we will feel the planet’s character in its raw manner, rather than experiencing a more refined expression of it.

Another factor that gives strength to Mars in this eclipse, is that the planet is also Out of Bounds from the 7th of July until the 27th of September, roaming high above the ecliptic.

This means UNPREDICTABLE behaviour and this Out of Bounds movement peaks between 14th August and 19th of August, when Mars will reach an astounding declination of 26°29’ South of the ecliptic!

Another difficult aspect that occurs with this eclipse is the square between Mars and Uranus that peaks on August the 2nd.

Mars already turbo charged by all the factors I have mentioned, is meeting electric Uranus in a tense aspect that has eruptive qualities.

And as if this is not enough, all this energy is falling upon the Moon and the Sun, with Mars conjunct the Moon and opposition to the Sun, and Uranus in a square aspect to all players.

What happens with this particular eclipse is that Mars is simultaneously having multiple astrological qualities that make the planet express its aggressive nature to the most.

What is IMPPORTANT during this eclipse

Let the retrograde planets work in our favor

This is the most difficult eclipse of this long, hot summer and occurs within an environment of five planets being retrograde (Mercury, Mars, Saturn, Neptune, Pluto).

Introspective work and re-evaluation to all areas pertaining to the retrograde planets will be of great help.

To tap into the energy of the Saturn trine Uranus aspect that lasts all summer, will be beneficial also.

This is hot summer days and long summer nights… One more eclipse to go.