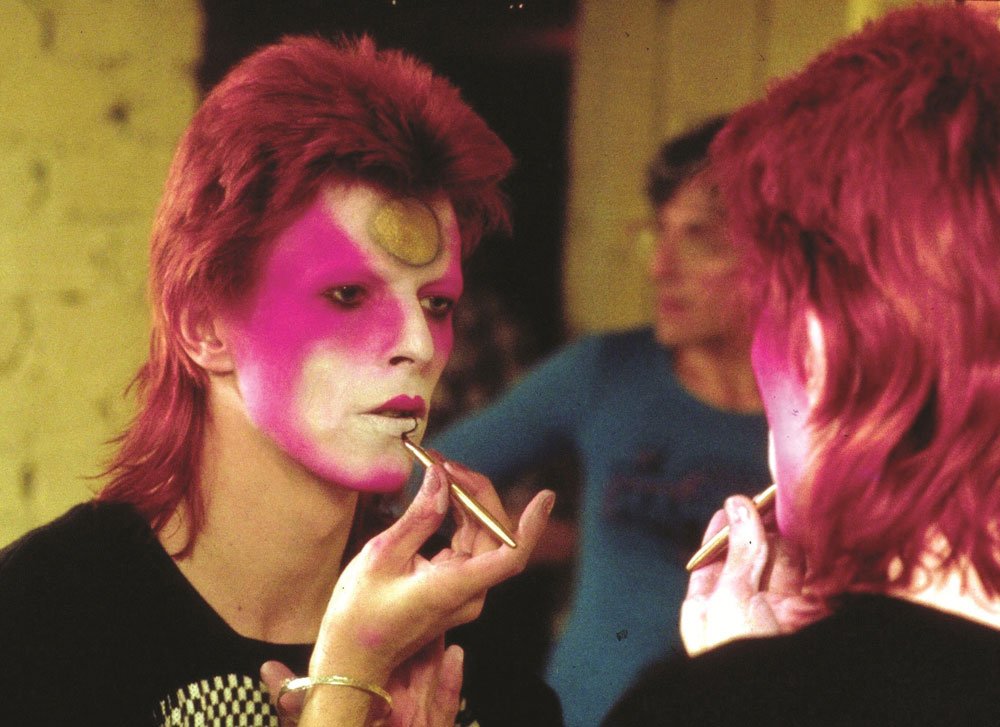 Mars square Neptune is the Ziggy Stardust aspect. Neptune is associated with illusions and addictions, everything that has a deceptive and ephemeral quality. It is the transcendental glow of glam-rock while it lasts. Mars is masculinity and sexuality, action and urge. Mars is exalted but it is also placed within the “secret” 12th house, something that could hint to Bowie’s bi-sexual orientation.

This becomes all the more interesting since Ziggy, the glam androgynous alter-ego that Bowie had adopted in his early career, obviously a statement of his own bi-sexuality, had supposedly came from planet Mars. Ziggy was attired in glam clothes and with his Stardust surname alluded to drug taking and illusions (Neptune).

“Ziggy Stardust represents the definitive rock star: sexually promiscuous and wild in drug intake, but with a message of peace and love. He thinks he is a messiah in the end he is destroyed both by his own consumptions, and by the fans he inspires”.

This is a description of messianic self-deception wrapped in ephemeral glitter, clearly a Neptune motif. Ziggy’s end in fan adored martyrdom and in a state of drug induced illusory haze is reflective of both the taboo 8th house and the self-destruct and self-sacrificial 12th house themes, that the square of the two planets brings together.

The Mars – Neptune square in Bowie’s natal chart, channels the energies of all of his creative (Neptune) urges (Mars). It expresses Bowie’s glam art, his ambiguous sexuality and is utterly embodied in his famous alter-ego.