Invigorating and active the New Moon in Leo invites us to express our creativity, passion and enthusiasm.

The Sun that has just entered the sign of Leo wants us to shine and bring ourselves to the front and the Moon on his side in the same sign, at the beginning of her cycle, brings generosity and warmth to our emotions. Mars in conjunction with the lights fills us with excitement, vitality and mood for action. 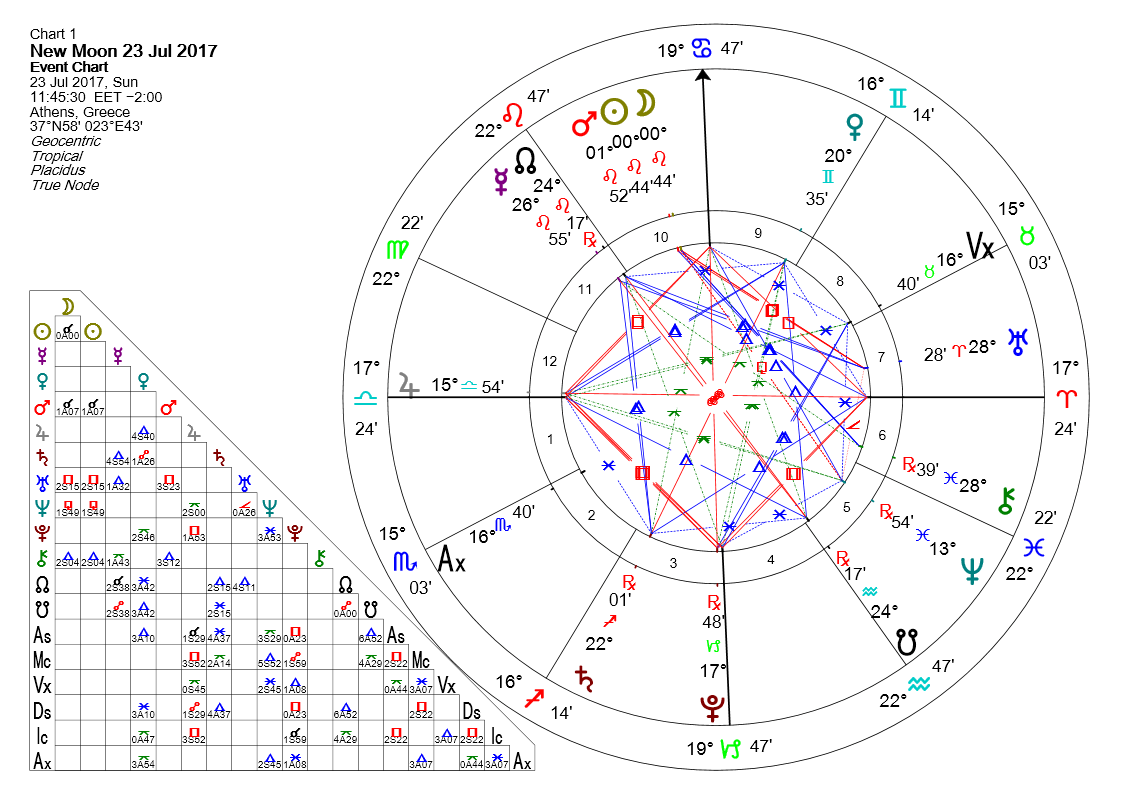 Nervousness, dynamism, rush or tension may exist from the square that Uranus makes with the triplet of Mars, Sun, Moon, but this is precisely the "air" that we need to dare to get out. There’s no reason for hesitation. The square with Uranus is a separating one and its vibrations are slowly ending.

The Sun is the final dispositor of both Mars and Uranus and it is he that has the final word on both planets. The angles of the horoscope in the cardinal signs once again emphasize the “do it” character of the chart.

Jupiter on the Ascendant and in a trine with Venus (ruler of the chart), favors our social abilities and balances whatever pressure Venus is receiving from her opposition with Saturn. Mercury trines both Uranus and Saturn and makes our thinking innovative and strategic and as it conjuncts the North Node, calls us to communicate our message because it is a message that will have its impact and will be heard.

With this New Moon upon the powerful 0° degree we must dare to express ourselves, and as a New Moon is a new beginning this is the right time for a bold and confident step.

A verse comes to my mind...

"Now it's your chance to Shine!"

Find out where the New Moon falls in your chart

and embrace its promise for renewal.