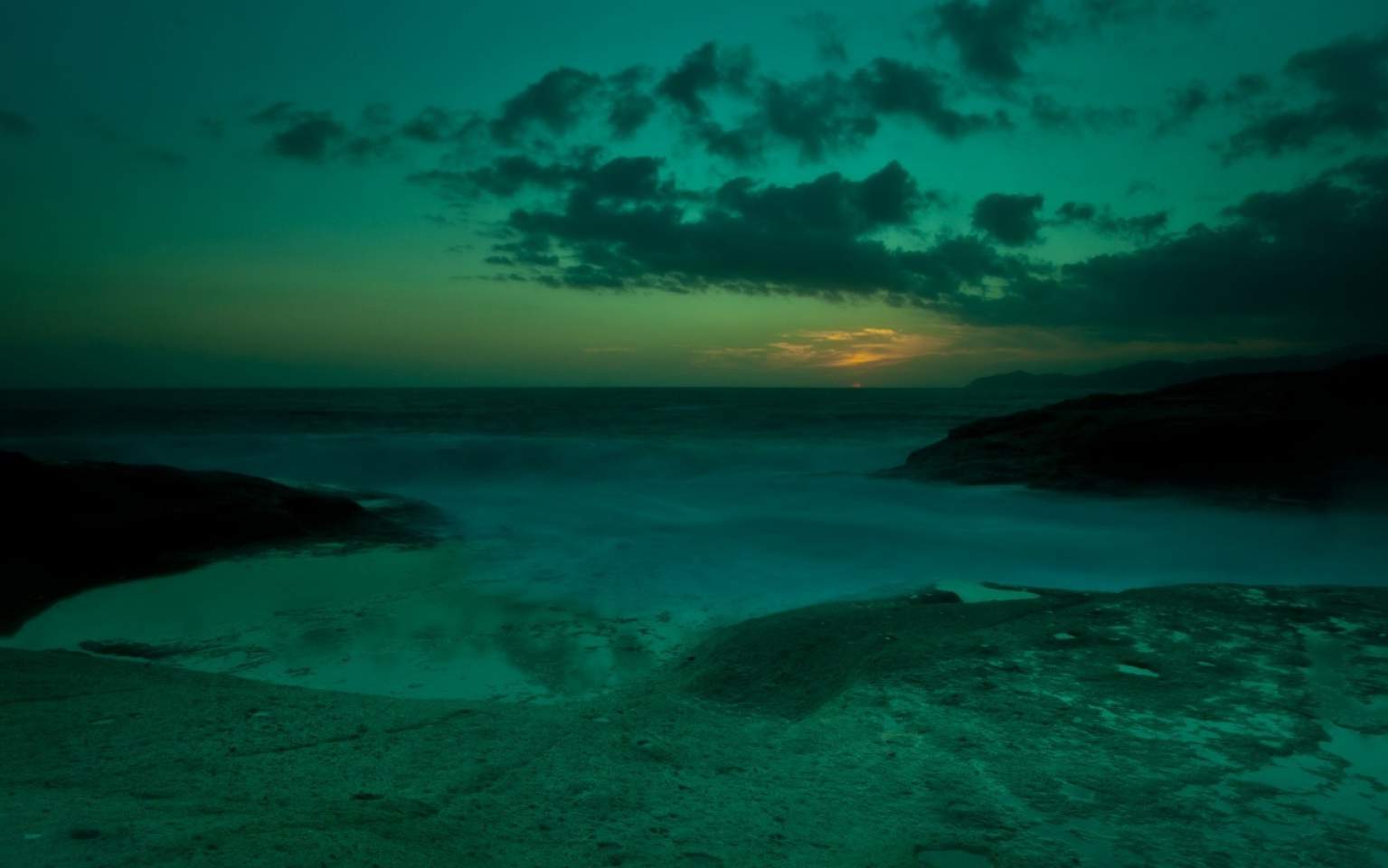 The New Moon takes place at 05°20’ of the Sign of Libra. It mainly affects Libra, Aries, Capricorn, and Cancer persons, who are born in the first decan of their Sign, as well as for those of you that are having personal planets, points or your Ascendant, near the 03° – 08° degrees of the above Signs.

A New Moon that’s like a frozen wedding cake takes place on the night of the 28th.

Each new moon is a marriage of the Sun and the Moon and this one happens in the “marital” Sign of Libra.

For a person to be a Libra means, that the person’s mindset tunes and harmonizes to the others individuality, by a deliberate subdue of the person’s own Ego. This is a result of the main mode of behavior of the Libra Sun. Libras have a deep existentialist longing for belonging.

For being not one but two.

The Libra Sun is an ego softened by Venus, the ruler of the Sign, AND is also an ego compromised within this social sign, where etiquette, good manners and appearances, play a more important role than the true expression of our identity. It is not coincidence that Saturn the planet of what is appropriately correct is exalted in this Sign of Libra.

This combination of Venus and Saturn energy, if you think about it, is why Libra is regarded in astrology as the “Marriage Sign”. For what else is a marriage, other than a lovers relationship that is acknowledged and is given status, within a conventional structure and manner of relating. All of the above are Saturn – Venus expressions.

Imagine now, how this expression towards harmonious co-existence becomes a longing, a deeply felt need, when the Moon is also in Libra, and how all this is amplified when the two lights are conjunct, as now that we are having a New Moon.

Roses? New Lovers? Is this what we should expect?

This specific New Moon in Libra is engulfed in a background noise. A humming that reminds us of a simple truth. That the key to a successful relationship is not to be in one for the sake of it.

Let’s start our disintegration of the romantic ceremony…

There are only two aspects that this New Moon makes.

The first one is an opposition with Chiron, that is retrograde in Aries.

Instead of this New Moon to signal a new relationship, it seems that on the contrary, it intends to remind us of past ones that have been traumatic and need some closure.

Feelings of incompetence may surface during the time of this New Moon. Either single or within a relationship we cannot escape a numbness in feelings and a bittersweet suffering that is coming from the edge of the deep green sea of the unconscious.

The second is the inconjunct aspect that the Sun and the Moon make to planet Uranus. This is in reality the only aspect that the two lights are making with a planet, since Chiron is a Centaur, an astronomical body that shares characteristics of a comet and an asteroid.

Only one aspect and not even a Ptolemaic one!

It is as if this New Moon takes place on its own. A solo – guest at the wedding dinner that has been postponed. This aspect from Uranus is the background noise. It is a constant discomfort, that wants to remind our beloved Libran marriage guest, that security in relationships cannot be built (Taurus) without including the individuality and the true expression of oneself (Uranus) within the union.

A Libra friend told me yesterday that the key to a good relationship is to be in harmony and I answered that the key is that “you and the other to just be who you are. Out of this something is created. Harmony maybe but not only”.

She wondered, widening her eyes, as she may have remembered all the past times when non- assertion of her individuality resulted in painful break ups.

This is the constant humming of the planet Uranus inconjunct the New Moon which opposes Chiron. A reminiscence of past times where compromise was more that was needed, and the silencing of our true self resulted in a break-up or in a miserable living-together.

This New Moon wants to heal and evolve us, that is why it brings this annoyance. 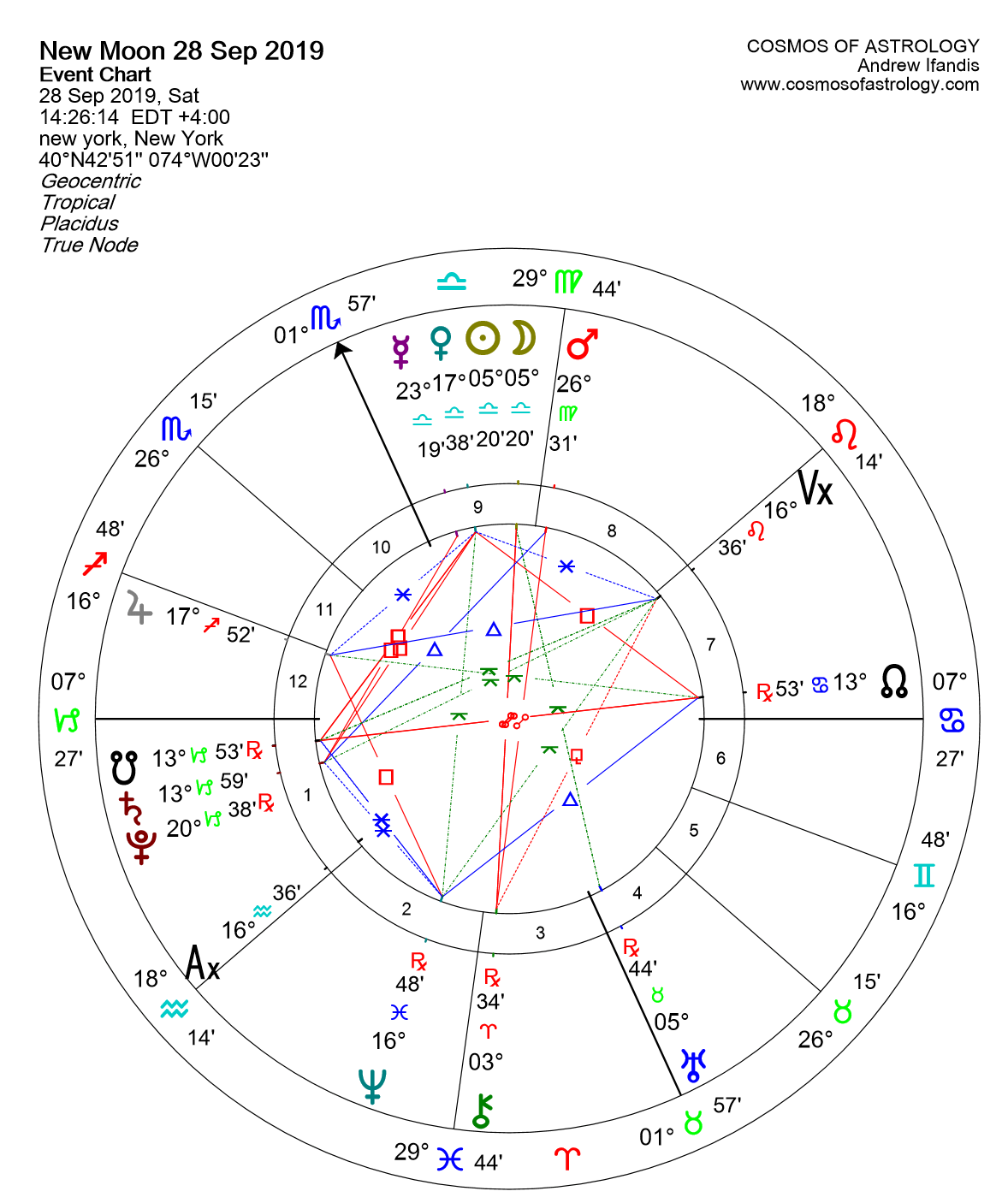 The disintegration of the romance continues…

The ruler of this New Moon in Libra is planet Venus and as a result the two Lights are receiving her energy.

Venus is making two very difficult squares, one with Saturn and one with Pluto. She is like a sad veiled bride that attends the ceremony but who deep inside does not want to marry the rich groom that was imposed on her by her wealthy family.

Venus square Saturn combined with the annoying humming of the New Moon brings detachment, isolation and sadness. Karmic cleansing is also implied by this aspect since the tight conjunction of the Saturn to the South Node speaks of lessons that are now realized and that have to do with past immature behaviors, choices … or indecisiveness, which dear Libras may be your cardinal sin.

Venus square Pluto is the passionate intensity that fuels the obsession. This deeply felt need to be in a relationship, to belong, becomes an obsession under this New Moon that brings the awareness, that although we desire one we must not have it just for the sake of it.

This desire not to be alone, or this desire to continue on compromising for the sake of the relationship and our passionate dark romance, or because of the karma that is not yet cleared, or because the wound has not yet been healed, is the vicious circle that now ends.

This New Moon brings a hope in the Venus sextile Jupiter aspect, which fortunately is also tight in the chart.

This aspect is the promise hidden in this New Moon. Though it starts as an annoyance, a reminder of past wounds, a coldness, or a longing that is overwhelming, in the end brings the long awaited deliverance.

Under this New Moon pause for a moment to listen to your inner world. Do not tune with others or with what the world wants from you.

Seek not for the conventional relationship or for compromise.

Consciously and psychologically turn within and merge the archetypal principles, Self-expression and intuition, heart and mind, female and male, into another marriage.

The Alchemical one, where the union relates to YOU YOURSELVES.

Having done this… all other relationships will come easy.