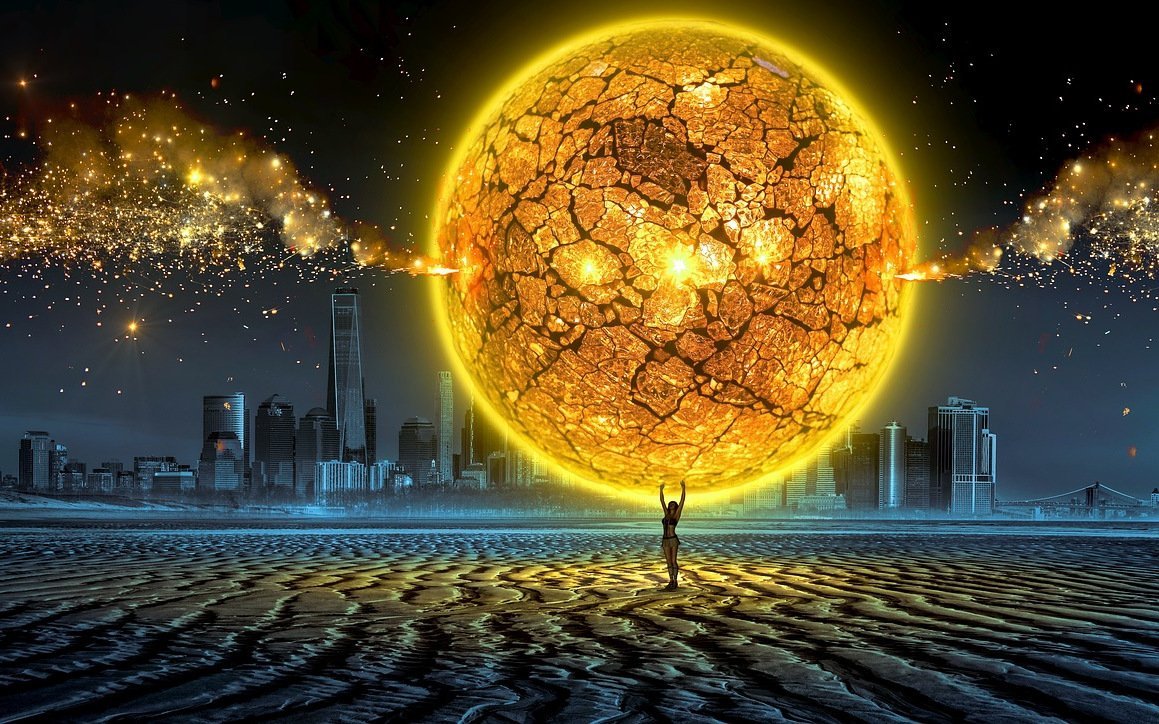 This particular eclipse is especially important for those who belong to the Signs of the Cardinal Cross (Aries, Cancer, Libra and Capricorn), and who are born between June 30 – July 4, October 2 – 6, December 30 –  January 3, and March 28 – April 1. Also to those having personal planets or their Ascendant near the 08° – 12° degrees of these Signs.

We have now entered the eclipse season.

This is a period of significance.

1. The motions in the sky

In July the planetary movements peak with two eclipses, one important retrogradation and one electrically-charged square.

July starts with a Total Solar Eclipse that takes place on the 2nd of the month.

This eclipse is part of the series of eclipses on the Cancer – Capricorn axis. These eclipses began with the Solar Eclipse in Cancer on July 13 2018, and shall continue throughout 2019, up until the summer of 2020, when they will be completed.

This cycle of eclipses in the Cancer – Capricorn axis coincides with the gradual approach of Saturn towards Pluto and their conjunction in the Sign of Capricorn in January 2020, two parallel astrological events that signal a period of 18 months that brings significant changes to Capricorn, Cancer, Aries and Libra Signs, since for them, the effect of the eclipses combined with the conjunction will be more strong.

Remember though, that eclipses are potent Astrological events and affect all of us, more or less, without exception.

Each eclipse’s effect always depends on the aspects it makes and on the houses it activates, in our personal horoscope.

The Total Solar Eclipse of July the 2nd takes place at 10°37′ of the Sign of Cancer and is an eclipse that has a strong resonance to the past while at the same time it opens a window towards the future.

Behind its plain appearance, it conceals rather intricate themes, and besides its main effect on the Cardinal Signs (Aries, Cancer, Libra and Capricorn) it also plays an important role for those born on the first days of the Fixed Signs (Taurus, Leo, Scorpio and Aquarius).

3. The darkening of the Sun

A Solar Eclipse is the Moon coming in front of the Sun.

It is a momentary lapse of reason and consciousness, and a plunge deep into the unconscious. Needs are felt deeply and come to the fore. The mind stops, the heart beats, dark lingers for a while, until finally the sun comes out again, bringing something new for our lives, something for which most of the times, we are not prepared.

Under this Total Solar Eclipse in Cancer, issues that have to do with our sense of security, our home, parenting concerns or motherhood, as well as other personal issues that relate to the area of life that the Moon rules in our personal chart, will most likely concern us within the first days after the eclipse.

These same issues will culminate gradually as we approach the following Lunar Eclipse that will take place two weeks afterwards. 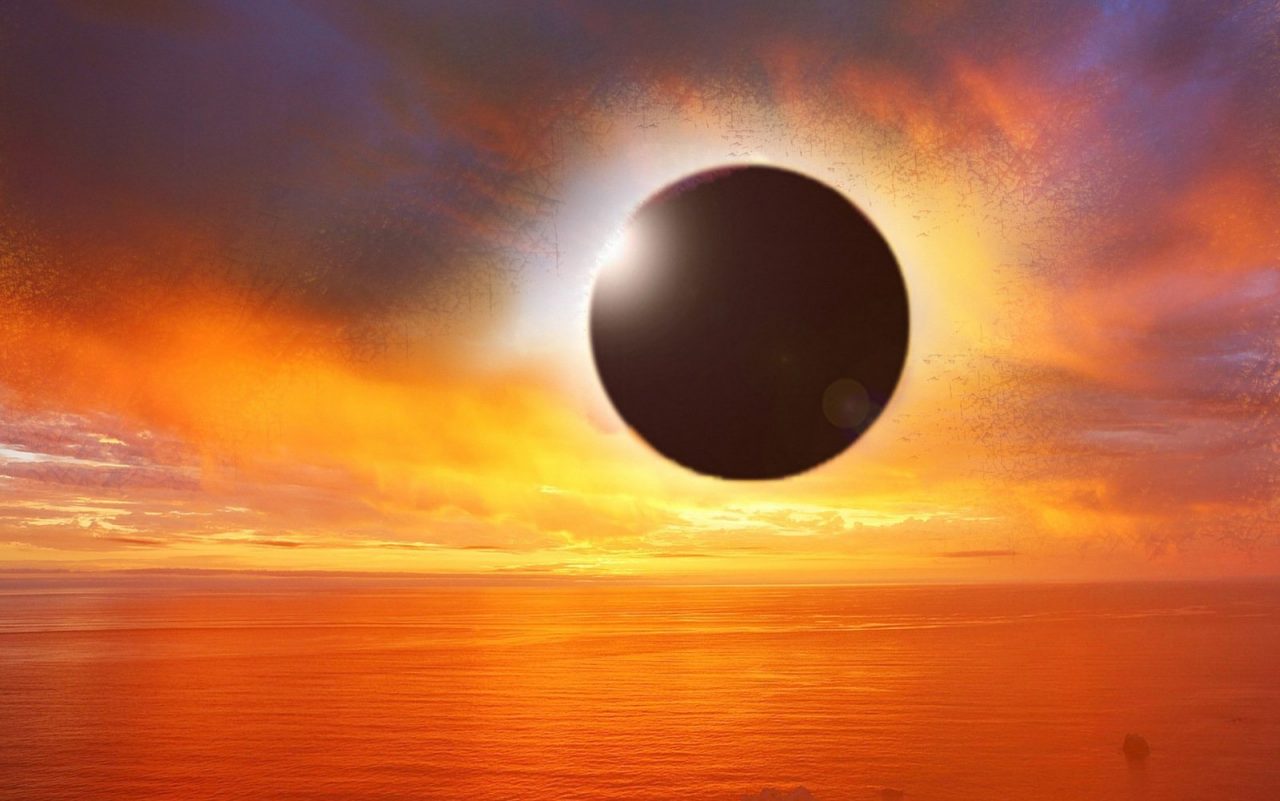 What is important, it is that the Sun and the Moon are near the North Node in this eclipse.

This means that the effect that the eclipse will have, regardless of how we may initially feel it, aims to move us forward. In the Sign of Cancer, “forward” may means among other things:

5. A resonance to the past

I wrote some lines above that this Total Solar Eclipse in Cancer has a strong resonance to the past.

The very essence of Cancer, a Sign that is ruled by Moon, is a clinging to the familiar. In this Eclipse both our conscious (Sun) and our desire (Moon) are positioned in this Watery Sign, steeped with nostalgia and memory.

But as you may know, the past is a strange place… 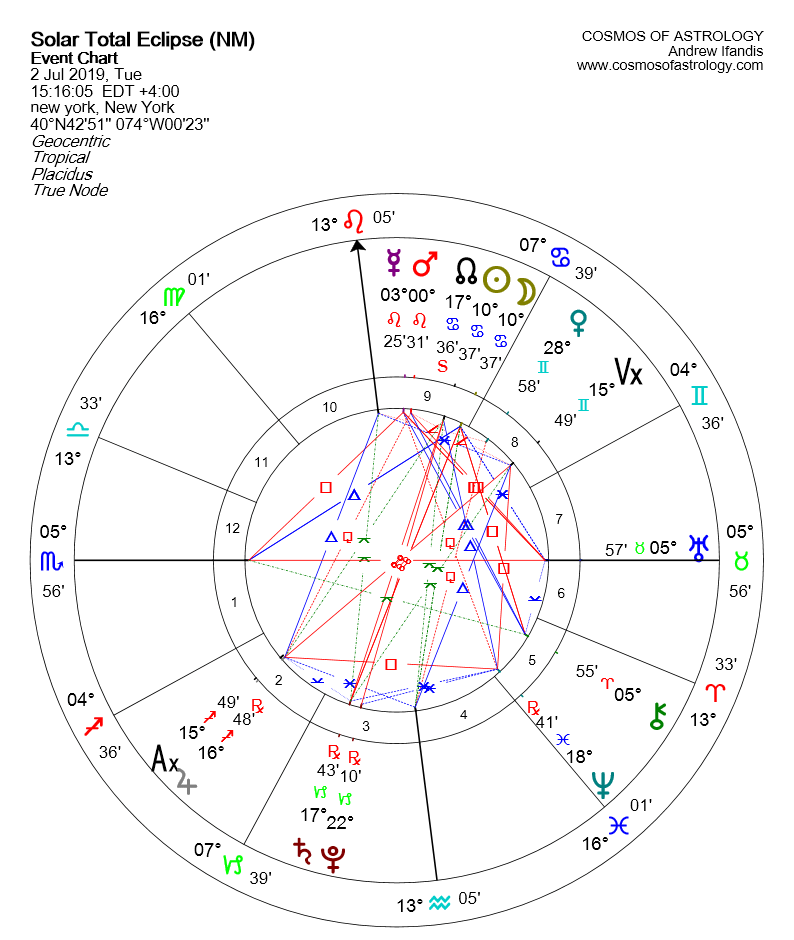 In this particular eclipse the past, the memory of the past, or the nostalgia for it, may appear unexpectedly and overwhelmingly.

There are two important astrological facts that tie Time with Karma upon the axis of this eclipse.

The first one is the very tight applying conjunction of Saturn to the South Node of the Eclipse, a conjunction almost exact but for 0°06’ minutes!

It is as if Saturn tests us, trying to drag us back to the past, or to past habits, resisting our moving forward towards the North Node and our development.

Discipline, integrity and mastery over habits that have served their purpose needs to be applied.

Karmic cleansing must be applied. Release any fear rooted in the past, leave behind anxiety and pessimism rooted in the need for material security.

Stop testing yourself and your emotions trying to please authoritative persons, seeking career achievements, or trying to adjust to situations or relationships that have been proven rigid.

Care for those that care for you and start tuning to circumstances and relationships that provide not only material but emotional security also.

The second astrological factor is the fact that planet Mercury is going to turn retrograde on the 7th of July, just five days after the eclipse.

On the eclipse chart, Mercury is conjunct Mars that is situated at 0°31’ of Leo. From this degree Mars is activating once more the Total Lunar Eclipse of the 21st of January 2019.

Think of it for a moment… An eclipse in Cancer is activating a past eclipse that took place in Leo, some days before Mercury turns retrograde in Leo.

Not only this, but Mercury will be also passing retrograde over the previous eclipse’s degree.

It seems that Karmic are the ties that have to be dissolved for Leo, Scorpio, Taurus and Aquarius Signs born on the very first days or for those with personal planets or angles near the 0°-2° degrees of the Fixed Signs.

Persons or past lovers may re-appear, issues that those Signs felt with the previous eclipse are now being re-visited.

It is as if the universe is shouting,

“Re-visit, re-think and let go of the past. Re-cycle it in the dustbin and move on”.

This will not easily happen because both Mars and Mercury are close together and make a conjunction on the 9th of July, in between the two eclipses.

Right on this Mercury – Mars conjunction the planet Uranus is making a square that comes exact to planet Mars on July the 11th.

This is a power-charged square that electrifies the conjunction and may bring impulsive reactions, nervousness, restlessness and to make our tongue sharp.

It amplifies the tension, fuels anger, results in arguments and conflict. 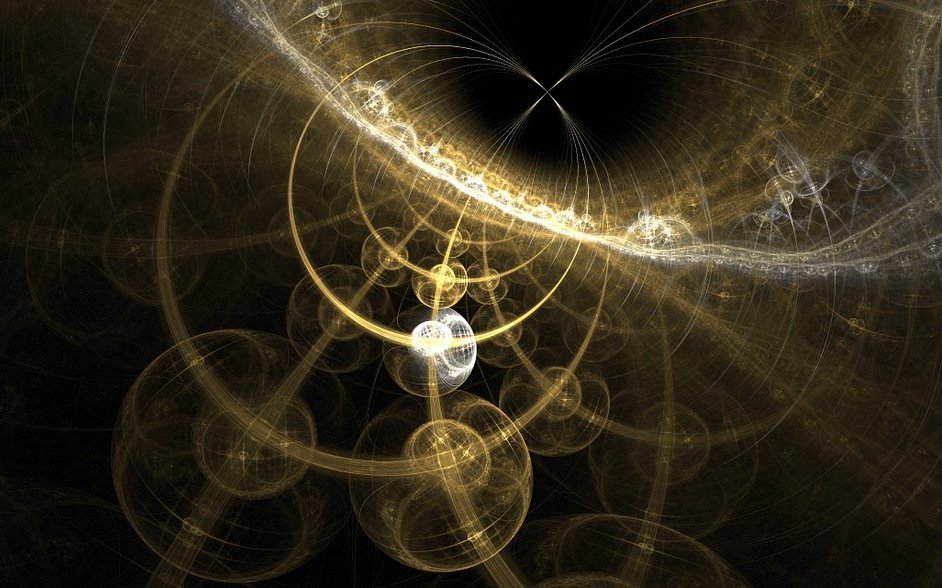 This is the only constructive approach to the tension that builds up with this eclipse and to the demand for a Karmic cleansing.

A cleansing and moving forward that will most possibly happen only after the second eclipse that follows on the 16th of July, when the emotional climax will peak.

7. The eclipse effect for the Signs

The eclipse is difficult highlighting issues relative to the houses and the planets it falls on in the natal chart, for Aries, Cancer, Libra Signs, especially those born on the last days of the first decan and the first days of the second decan.

It is empowerment through increased pressure and responsibilities for Capricorn Signs, because they tend to respond better to the Saturnine Energy, even if it’s oppressive.

It is a revisiting of the past or the past re – appearing in the form of persons or situations mostly for Leo and Scorpios and to a lesser extent for Aquarius.