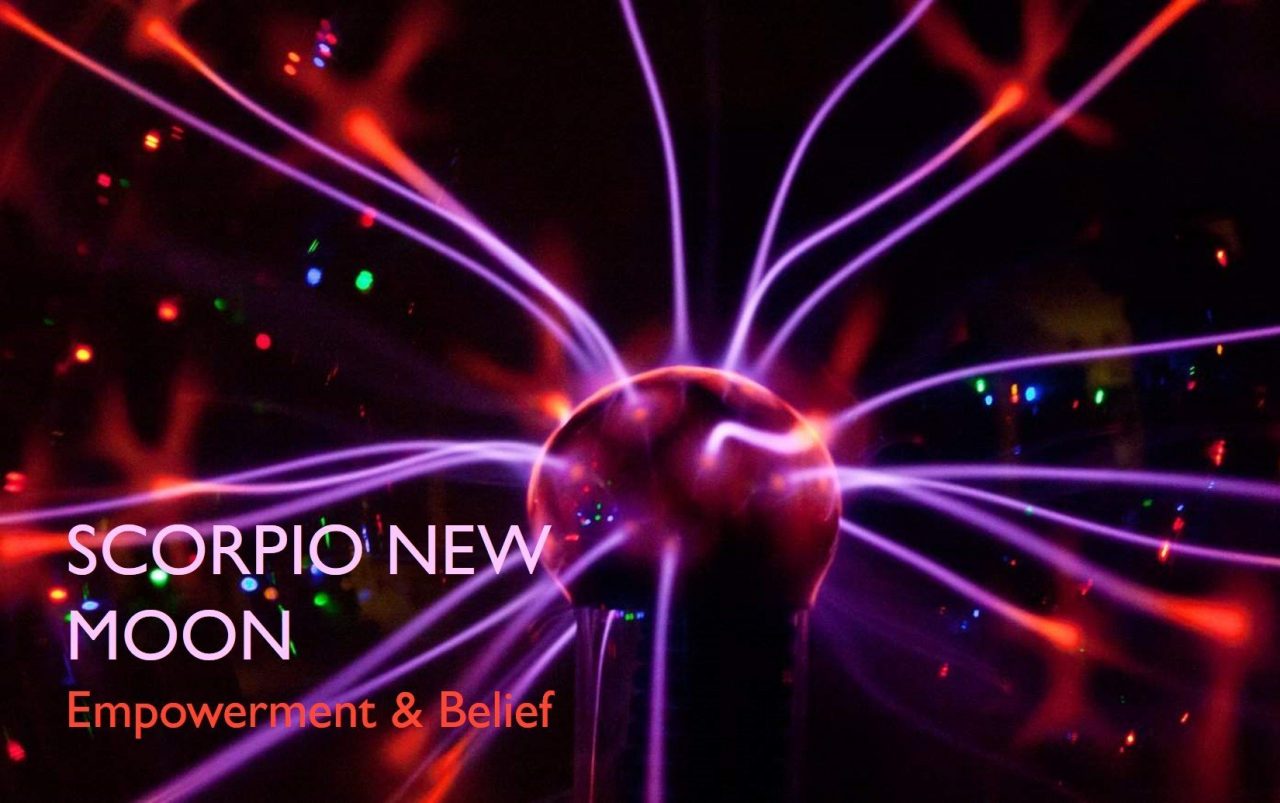 Scorpio New Moon takes place on November 18th, just a few days after Venus made a conjunction with Jupiter within the same Sign.

Every New Moon is a promise and a beginning and especially when it occurs in Scorpio, then it is a new cycle of discovery of our hidden power.

This New Moon comes after the concerns that were raised by the Full Moon in Taurus on November 4th two weeks ago. These were concerns relating to our sense of inner value and the degree of the trust we can inspire to others. With the New Moon in Scorpio, this cycle of insecurities is complete, and we begin to realize the power and the depth of our inner emotional power.

This happens because this New Moon gets its color from the zodiac's most powerful psychological Sign, and with Jupiter being also in Scorpio, this awareness comes as a result of a substantial introspection that gradually reveals our reserves in power.

The favorable aspects monopolize in the chart of the New Moon, with the trine between Jupiter and Neptune closing and with Venus, having made its conjunction with Jupiter, now approaching the two Lights.

Inspiration, optimism, hope, self-confidence, increased popularity, harmonic relationships, even new relationships and luck, are among the energies that color the landscape in which the New Moon takes place.

Within such a spectrum of positive energy, even the square formed by Mars and Pluto, which is the only tense aspect of the chart, is expressed in a milder manner.  It manifests more as incentive, increased self-confidence and sustained stamina and much less than explosive nerve or sexual tension. 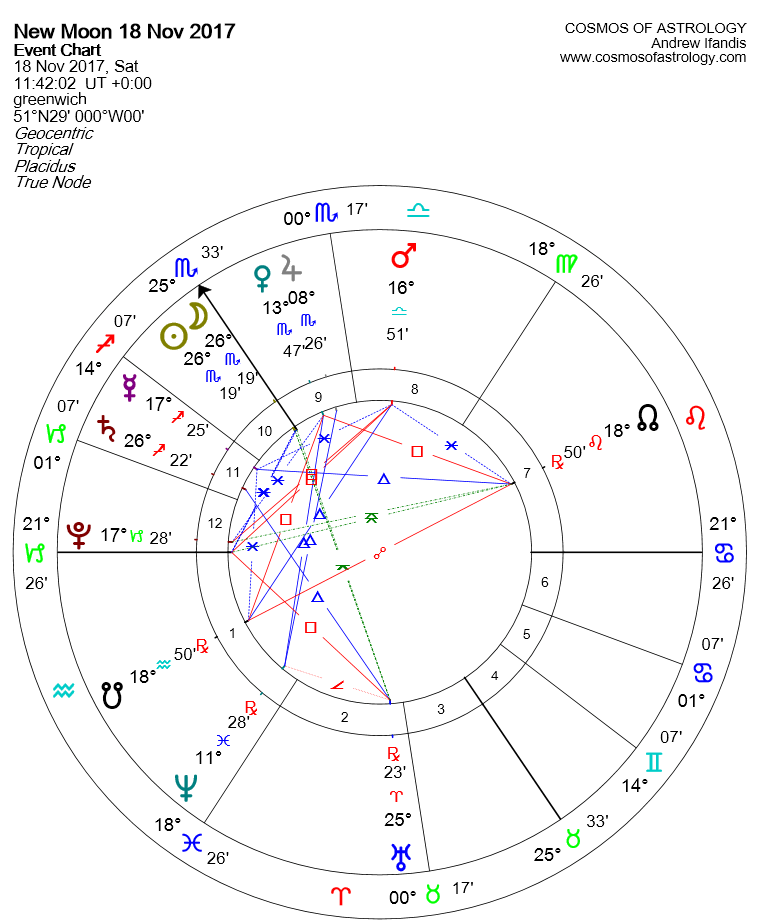 The male (Sun) and the female (Moon) are united in a tight embrace within the Sign of passion. However, in this New Moon, any dark Scorpio elements - which encapsulate emotions of ceaseless intensity that "drown" more romantic expression, are completely softened within the energetic landscape I have described above.

The scene is not one of two lovers in a dark room experiencing ultimate intensity. It is more like a room not totally dark, but selectively lit by the glow-in-the dark reflections of the favorable astrological aspects. The red beams are the Mars - Pluto square that is power and desire. Reflections within the silence of the night and the lovers are near sharing secrets.

That is exactly how this New Moon in Scorpio feels.

Yes, because besides belief in ourselves through the awareness of our strength and the value that we can inspire to others, this New Moon also brings about the essential communication in our relationships. Precisely what it has been lacking, the previous weeks and in doing so, it help us to renew the trust between us and the important others.

So remember, when you will start to feel the energy of this lunation, be sure that it will result in empowerment and belief in yourself.

Find out where the New Moon falls in your chart

and embrace its promise for renewal.